DSGlue is a complete development and runtime environment that can be used to integrate complex applications in a heterogeneous environment (EAI software). The main difference to other available EAI products is the fact that DSGlue has been especially designed to fit the needs of banks and financial service providers. Consistency of data, audit control and user management are only some of the outstanding functionalities. DSGlue has been developed and improved now for more than a decade and offers a level of integration with SCD that no general commercial tool can offer.

The central management tool of DSGlue is the “DSGlue workspace”. It can be used to

The following figure shows an example of a “DSGlue workspace”. The two shown windows can be used to monitor all currently active processes („Process Monitor“) and to visualize the current interface activities („Signal Monitor“). 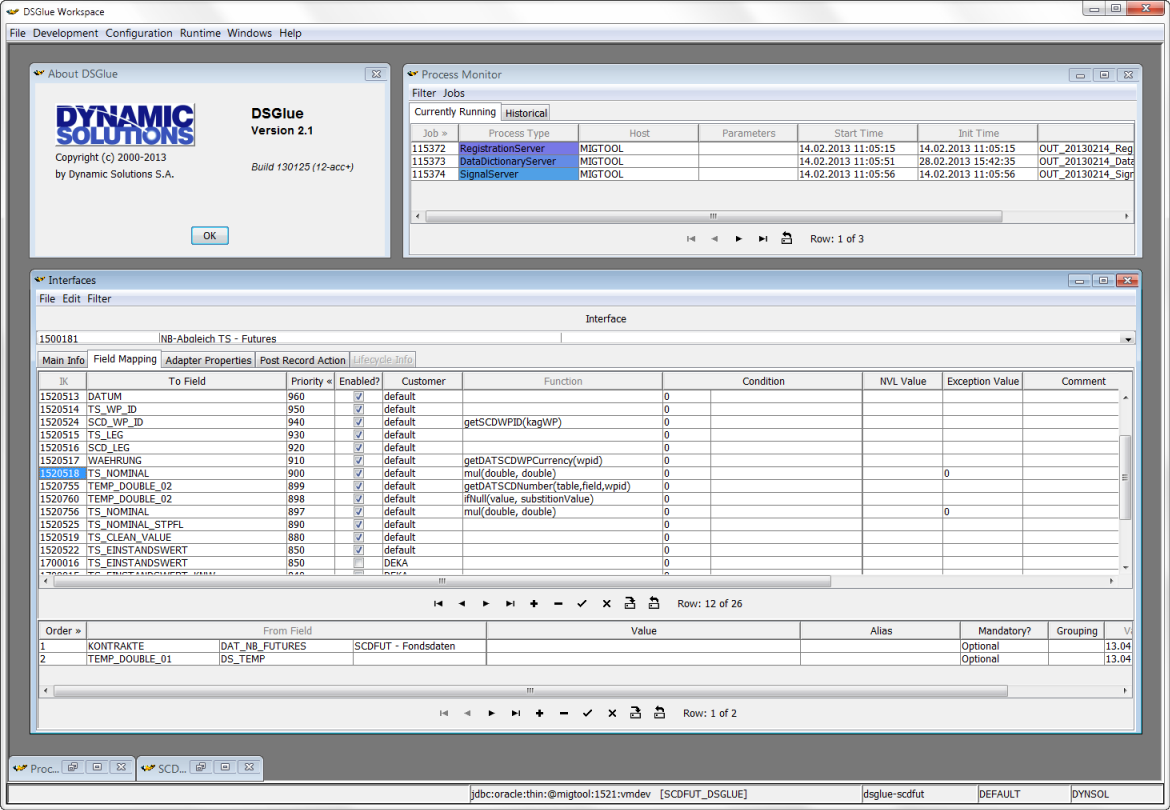 The latest version of SCDDiff now supports all SCD-releases up to v22.07.

The latest version of SCDDiff now supports all SCD-releases up to v22.04.